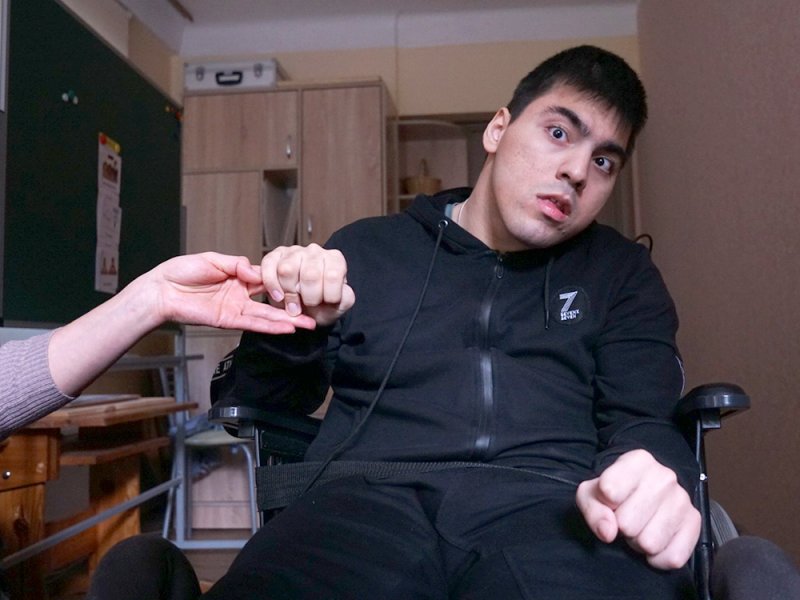 We met Gleb in 2010.
He was 10, a boy in a wheelchair.
It could seem that he was not interested in anything, that he was not paying attention to people, to the world around him.
It was unbearable to be even in a small team for him.
At that time he was locked in his condition, sometimes screamed continuously for a long time and.
Over time, when a strong, friendly contact was established, he was able to join the group at the very end of the lesson and listened to the piano, even if only for a few minutes.
Gleb and his confidence in the world were growing. The efforts of curative teachers were not in vain. Over time Gleb was able to spend a whole hour in a group of children.

Now Gleb is 22 years old.
He watches with interest the world around him and is interested in people.
He laughs when he is satisfied. He tries to raise his hand in greeting when he  recognizes friends.
He loves music in a team of peers and quiet individual lessons with a teacher.
He enjoys touching the strings of the lyre and listening to songs, especially folk ones.
He likes to leaf through books and listen when they are read.
He loves borscht and talks during lunch.
We really appreciate the days when Gleb comes to the Center.

The reasons we look for the financial support for Gleb.

Gleb and his mother live outside the city, more than thirty kilometers from Sonyachne Podvirya.
Twice a week they drive the old 1996 Audi. Mom puts Gleb in a carriage, drives him to our door, then takes her son by the arms and gently, by small steps, leads him, turning and placing him in the Center carriage.
The next two hours Gleb spends in our team.
We greatly value his trust.

The long-awaited Gleb was born in 1996, on the sixth month, prematurely.
The boy, weighing only one and half a kilo, needed to grow, to develop, to build his immature nervous system.
On the third week of life the inflammation of the membranes of the brain (meningitis) was added to the complications. After a while, hydrocephalus was diagnosed as well.
A bypass operation was performed. Since then the system of catheters and tubes has been working to maintain the necessary functions of Gleb's body.
After the operation the infantile cerebral palsy (ICP) developed.
For a long time Gleb was lying curled up, not reacting to anything or anyone. His condition required daily massages, new treatments, and therapies.
Gleb's body gratefully responded to the efforts and treatment. After a course of dolphin therapy he began to concentrate, at least for a short time. The ice was broken.
Step by step he began to straighten his arms, his muscle tone started to improve.
Every little progress in elementary things is a huge step in Gleb's life. It’s also a huge step in the daily Mother’s struggle for the son. 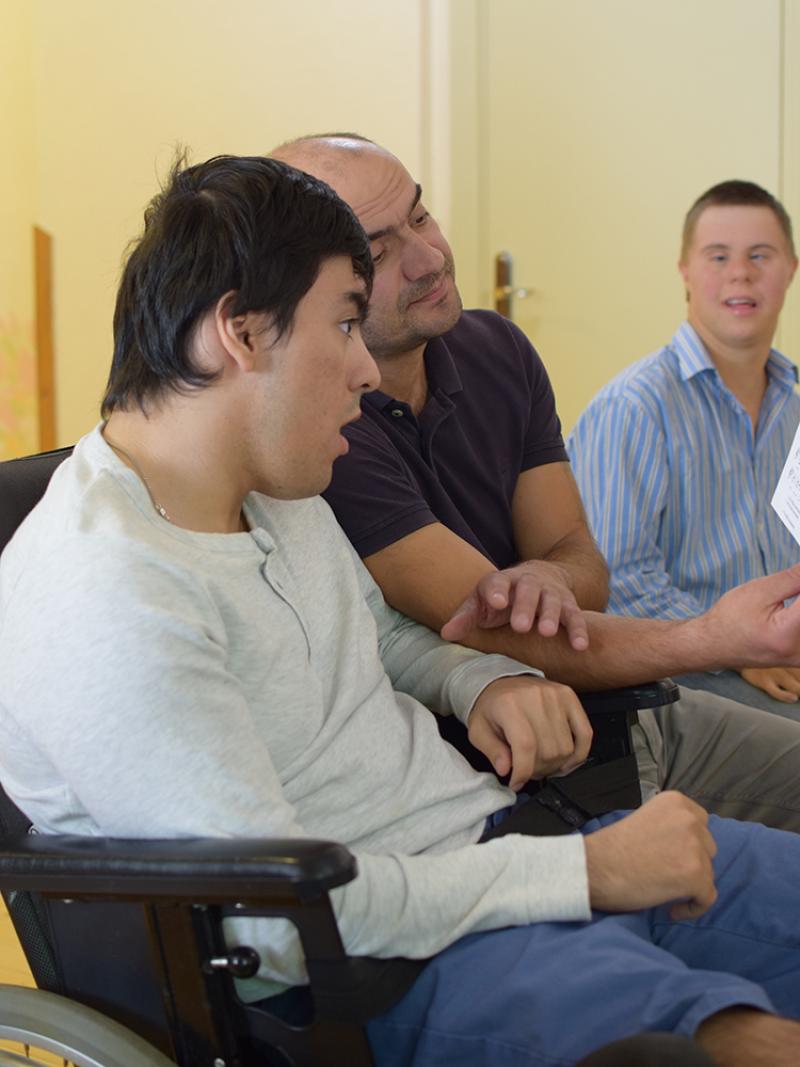 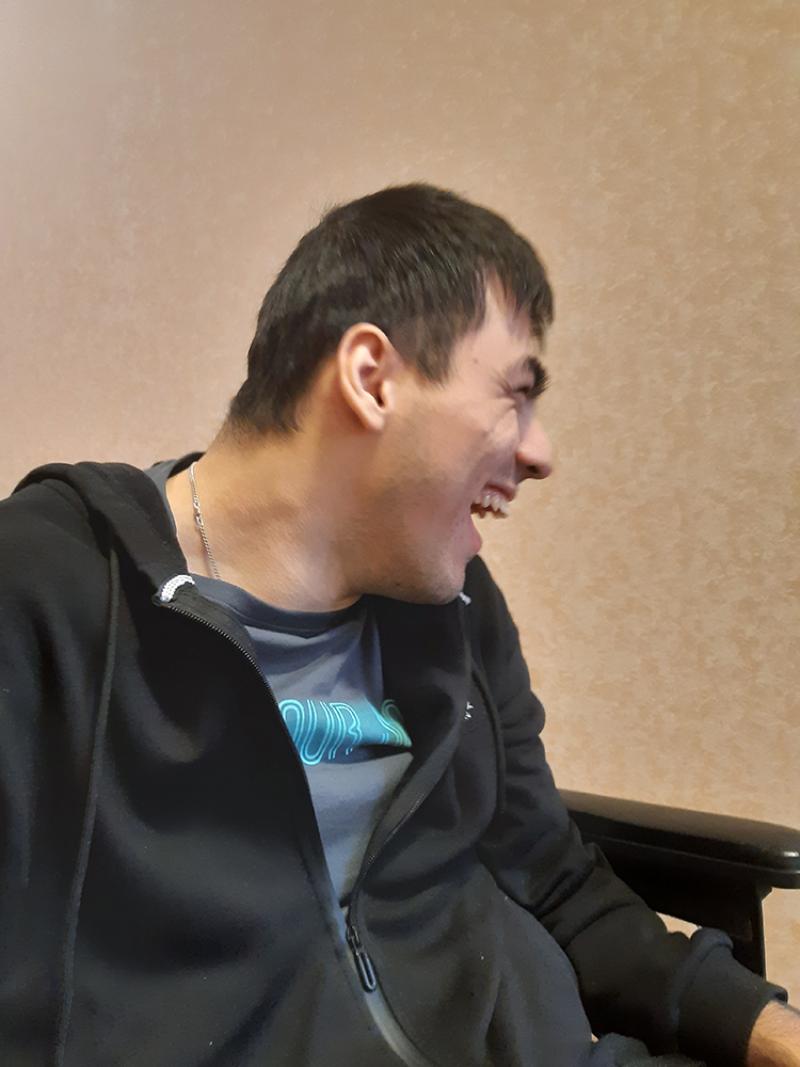 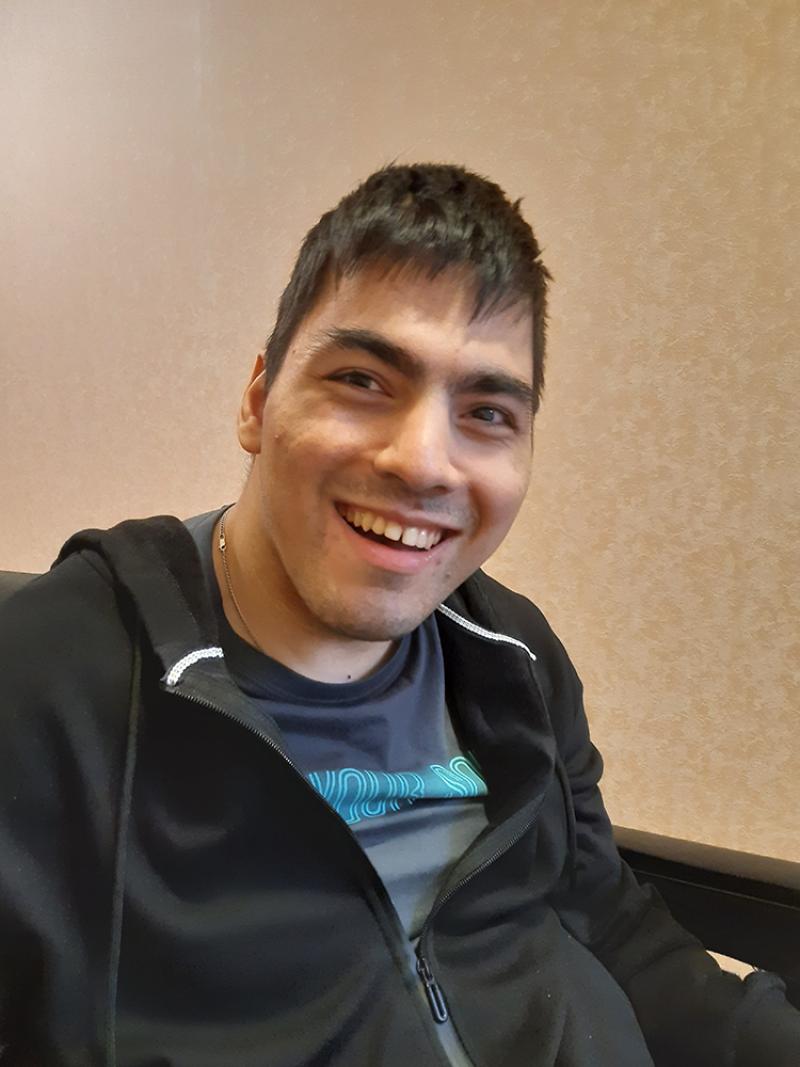 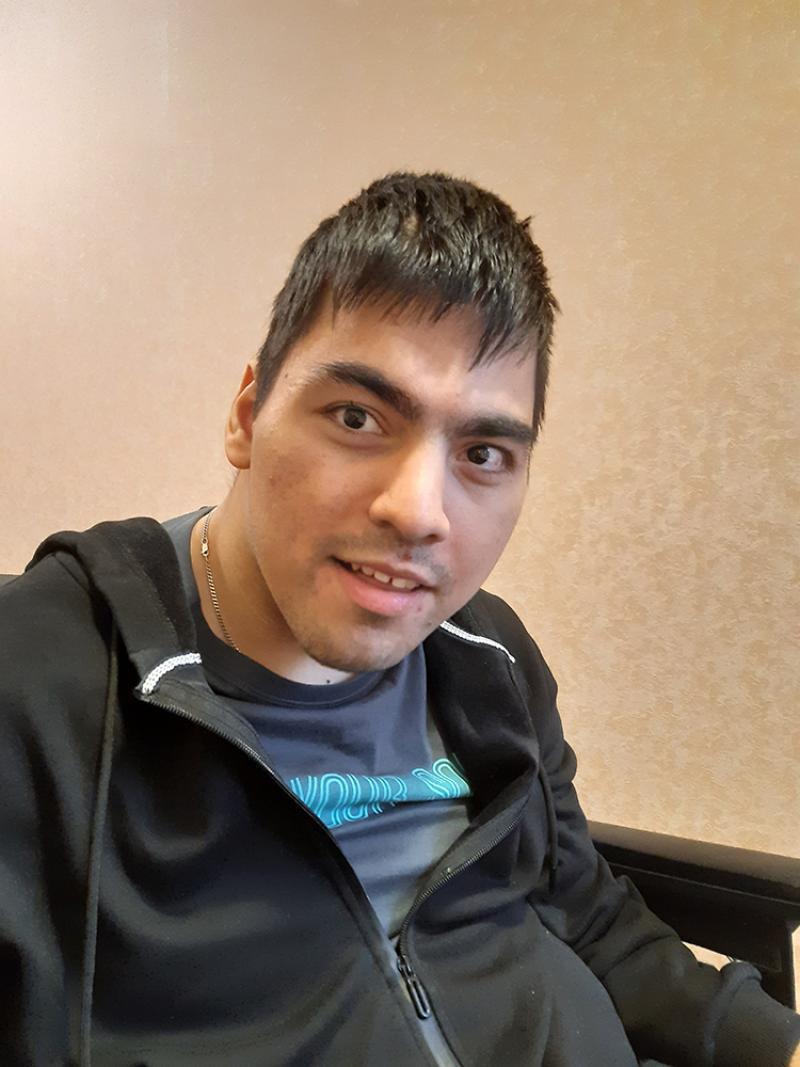