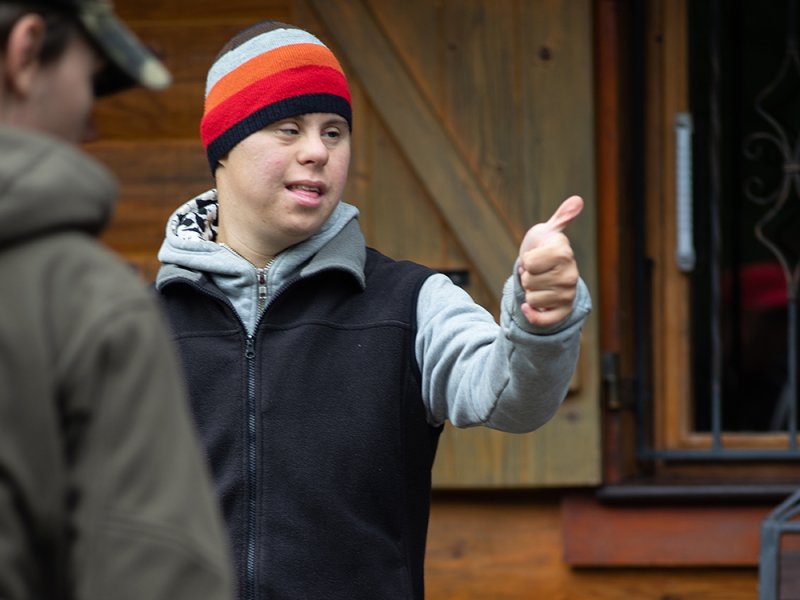 We met in 2007. Oleg was 9 years old.
A thin blond boy who could not complete a single task and was constantly distracted.
Left alone, he could find and take out mops, rags, open drawers, take out and transfer things, and turn everything upside down in a matter of minutes.
Neither darkness nor height scared him.
But he was eager to learn, he tried to take part in every activity.
Even at that time Oleg was keenly interested in music, loved painting and crafts.
Now Oleg is already an adult.
He is open, good-natured, polite and peaceful.
He has confidence in the people around him, rarely gets offended and quickly forgets grievances.
In a familiar space he feels especially good and calm, full of strength, diligent, attentive and focused.
Oleg is always ready to help.
He remembers all the holidays, loves music very much, goes to the philharmony, theaters and museums with pleasure.
He has excellent acting skills, takes part in all theatrical projects of the Center.
He still wants to study, so he continues to attend classes.

When Oleg comes to the Center, he hugs each teacher.
We know that Oleg loves Sonyachne Podvirya very much, and we all love him heartily.

The reasons we look for the financial support for Oleg.

Oleg was born in 1998.
His father left the family as soon as his son was born. Mother died when Oleg was 7 years old.
Father saw his baby only once. Mother could not accept the little boy with Down syndrome.
Parents actually abandoned him.
Oleg spent the first year of his life in an orphanage.
Only his grandmother visited him. She was always there when her grandson was ill.
Only a year after birth, the baby returned to his home. After a long procedure of paperwork, the grandmother was able to take him up from the orphanage. The one-year-old Olezhka did not hold his head, did not sit, did not laugh, was not interested in anything and did not react to anything.
Six months later he could sit. At the age of three he learned how to walk.
Step by step, little by little, Oleg began to develop and progress.
Grandparents made every effort and gave all their love to help Oleg to enter social life.
In the fall of 2007, grandfather took Oleg to our Sonyachne Podvirya Center.
Since that moment on, we have never separated. 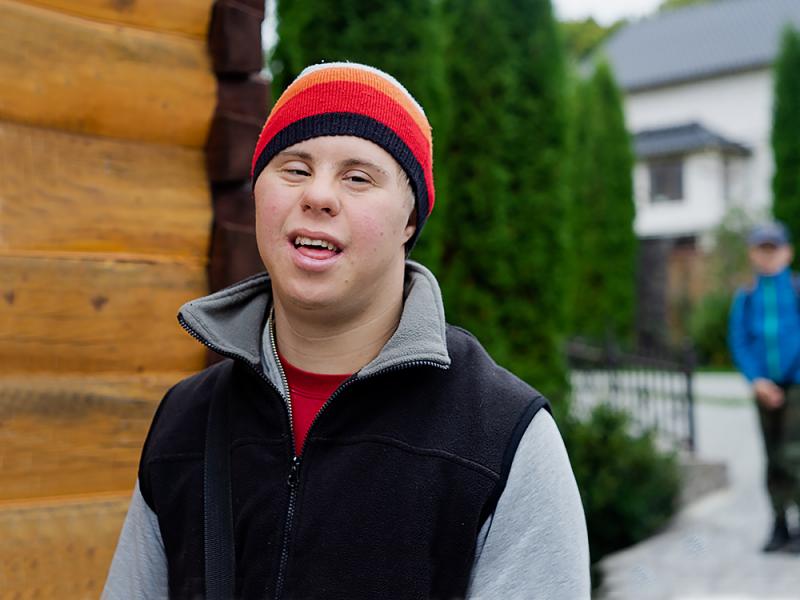 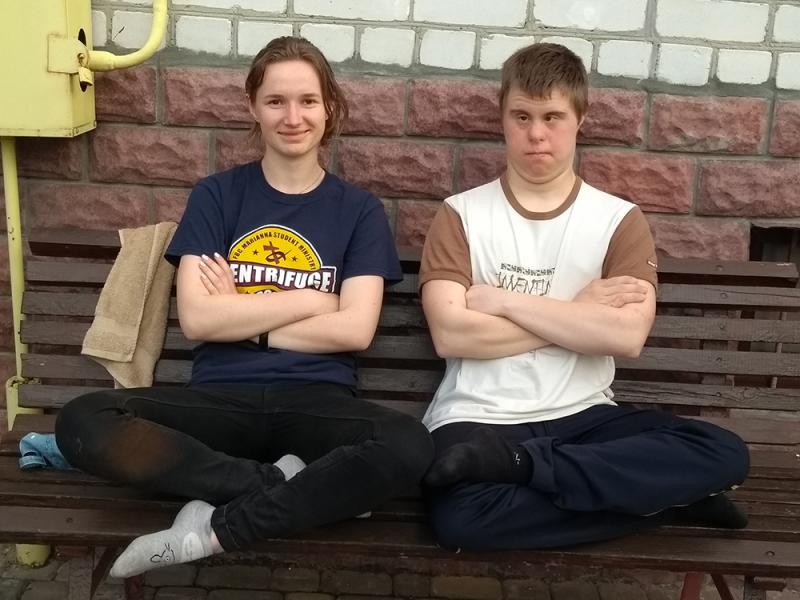 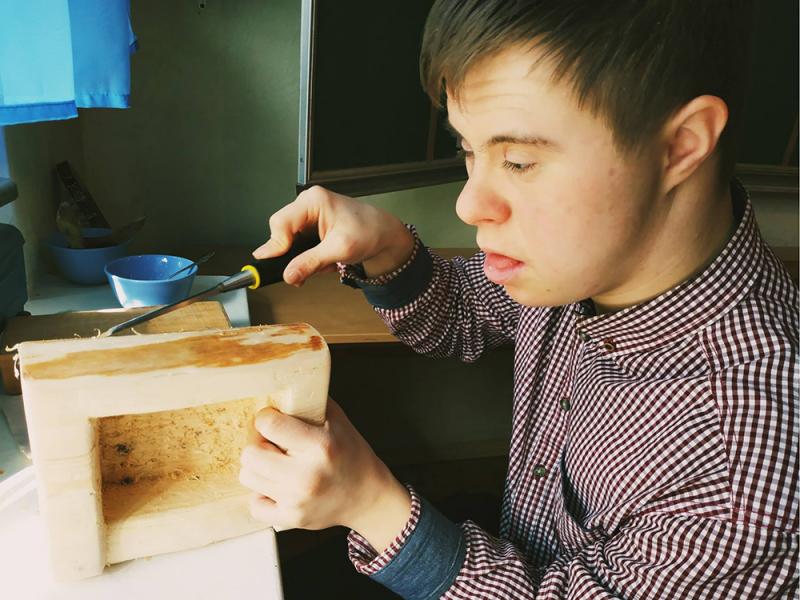 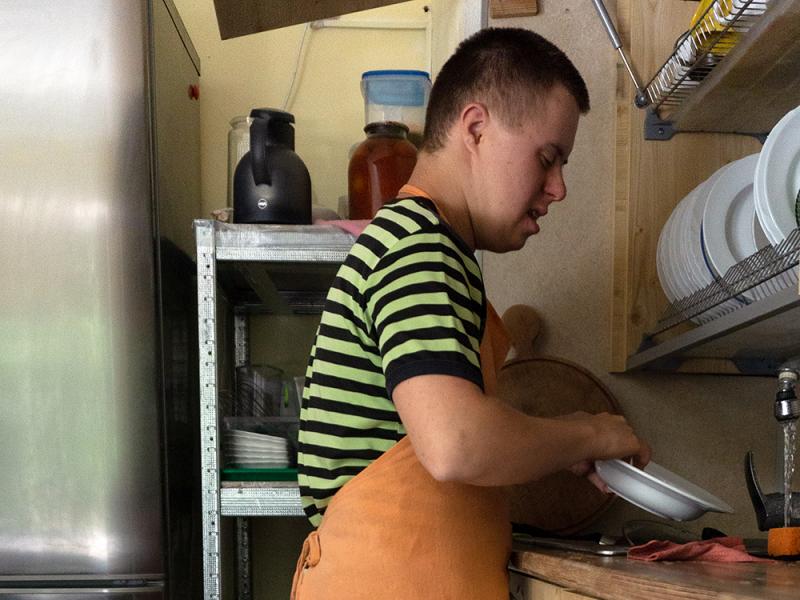